Logo for a fiver? The Real Evolution of a Logo

“But that site will do my logo for a fiver!!”… Some of my graphic designer friends are feeling their noses rightly put out of joint by the revolution of ridiculously cheap graphic design – how on Earth can any of us compete with that? And how come we want to charge what we do?

I’m just working on a project I’m really rather excited about! They, I might add, have not asked if I can do their logo for a fiver (in case you were wondering), but the creative process has inspired me to write about what your friendly neighbourhood designer can do for you.

Jackson Pollocks to it all.

After meeting with a prospective client, who tells you they feel they are in need of a good old rebrand, you have the oh no second and panic. It’s like someone giving you the responsibility of looking after their two-year-old triplets all day, whilst at the top of a castle with no real safety rails – you panic. You panic because you want to make sure you come back to them at the end of the day and they can say to you ‘thank you so much for taking such good care of my triplets, I’ll recommend you to ALL my friends. Oh, and by the way, my triplets are good now for the next few years! That said, you know you can do it and do it well.

Then you go home. Now me, sometimes I draw, sometimes I don’t. Mainly, I think. I thought about this one on and off for about three days. Yes, three days of thinking time, where my mind was mulling over what this design should look like. Although you can’t charge for lying in bed thinking, your fee does involve the ability of your creativity, and this is all fed by the thoughts you have. Whilst I was thinking I also had a flick through the logo books I keep on my shelf and looked around the logos of the same industry. One thing we know as graphic designers is that you can’t just whizz out a logo because you think it looks good; people who can make a logo for a fiver think that.

“Hey, I’ve been waiting for ages to use this AWESOME skull Mr accountant!”. There are conventions and rules and they have to be followed. You might assume Jackson Pollock just threw paint at a canvas, but he didn’t. He thought about it first and then he looked at other paint thrown at canvases et cetera. … I also refreshed my colour theory. Though I do know this: it’s good to have a re-read on what colours are good for which industry and why. And I really wanted to use orange.

As I was driving home from North Wales on a Sunday evening I had this whole idea mapped out in my head and I just needed to get it on screen, so after going to sleep with it fixed firmly in my head, Monday afternoon and evening was spent getting the first idea down.

I couldn’t get punchy Helvetica out of my mind, even though some now feel it’s highly ubiquitous and even cliché, it happens to just work here and since so many famous brands use it, it has that familiar shape that we have come to love and trust. I saw orange, black, white, Helvetica and a gavel. Here is what it translated to. I saw it being white on orange signage and being on t-shirts, mugs, pens, the back wall of the office and so on, I had a vision. I spent a good four hours playing about with this.

I put the vision to my fellow creatives. The general consensus was good, with a few suggestions about the gavel. “Face it forward so it looks to the future”; “Make sure the hammer and the TLH are always the same colour, they are two elements that should always be inexorably linked”, “MAKE IT GREEN!”… All suggestions I took on board and went back and spent another hour or so tweaking. I made it green. I also made it yellow. I’m not too good at choosing greens, so shut my eyes and thought, who’s green? Pets at home, Asda, Go Compare. Finally, I plumped for Go compare and took my eye dropper to it and asked: “Whad’ya think”?

“Hmm – it looks a bit like a car garage” – I knew it!! Who says the colour choice isn’t important and why does Go Compare Green make people think of cars? It’s not by accident I can assure you. A kindly designer came up with a nice velvety classy green for me and this was the next idea. The logo was ‘facing forward to the future’. Now at this point, I’m not entirely sure why, but it did.

And the winner is…

I sent my ideas off to my client, quite excited about them and feeling accomplished. I then experienced a period of doom, like on a reality TV show where they pause whilst they announce the loser… and then came the moment of truth. “We really like them but can we have some more ideas” – Naturally I expected this, & I had more in the bag. The next day I sent the kids on their way, came home, made myself a freshly ground coffee and spent the next five hours creating ideas. one after the other, some good some bad, some really ugly.

This was when I reached a low point. In my head I saw eighties pool hall, first year student and “Irish Pub” all that was missing was a four leaf clover.

I did like the Gotham font of “Irish Pub” though. So I took it to a new screen and just wrote TLH. I had researched some multi colour logos I liked, and I wondered how they would look as a tessellated design, so I began to push and pull on those handles and these ideas started to form.

Amongst other concepts I was fairly pleased with this one although not as fond of it as the Orange. I asked my fellow creatives once again. One thing I love about my fellow designers is they are direct, like me. Some people hate that, but we need it in this field.

“I don’t like it, it looks car industry based” came the first critique. He immediately put me off my design and I knew he had a good point. Although well executed, it was kind of logistical looking. The client liked it though – and the client is the one you are aiming to please. they also liked the Orange but maybe in yellow. I wondered if there was anything I could do subliminally, maybe some kind of mind control? Naturally I wanted my client to be super happy, but I wanted them to have the right fit for their business too. I had a vision remember?

Another meeting later and an hour spent with the client, they liked the tesselation but wanted to know if it could it stand out more, the TLH? Maybe take the extra squares away? Maybe put a black outline around it? I did stamp my feet at the outline to be fair and pulled a whiney face, but I took on board what they were trying to achieve and translated it into a design. Here’s how that went: I actually liked it.

I liked it until I posted it to my fellow creatives. “Does anyone else get car from this?” When my son breezed passed, he said “Why am I thinking about Top Gear?” I have trained him well of course, since Helvetica is the Top Gear typeface. I still like this, but I do get that it looks automotive. Luckily for me at this point, I got an email saying “we know which one we like!” – You guessed it, the first one! Faith restored in myself! It didn’t stop there; I just tend to create designs, get caught up in it, create loads of iterations and they will be out by a few pixels.

So at this point, I recreated the whole thing from scratch in Adobe Illustrator; I saved it out as an eps, a jpeg a png and everything else needed to create a a variety of formats to stick on hats, pens, t-shirts, cups, the moon.

So with all of these amazingly cheap services being offered, are we being put out of business? Can you really get a logo for a fiver? Like everything else, it seems to be a huge con using a lot of black hat techniques. All you have to do is a google search for reviews of sites offering this service; You will see loads of people offering to build you backlinks and give you fake book reviews. I found it to be full of shady dealings. What could be shady about a logo for a fiver though? Many of the ‘designers’ are simply plagiarising other people’s work and passing it off as a new design.

I thought about employing these services myself until I read this article on the $5 logo by Folyo Blog – especially interesting is hows he finds the original versions of the designs that were submitted to him. It may have only cost you £5, but what if you then went on to pay thousands for signage, van graphics or stationery? In summary, if you try and get a logo for a fiver, you get what you pay for. In fact, it may end up costing YOU a lot of money; so, you wouldn’t get what you paid for at all.

So if you don’t want a logo for a fiver, but you would like to employ the services of a friendly designer – one who will work with you at every step of the design process until you are happy with the outcome – then feel free to hit us up.

We are Made By Factory. An award winning digital Agency in Manchester, Greater Manchester, ran by design expert Andi Wilkinson & Ex Googler Ben Tennant. We advise business on all things digital including Google Ads & have ran workshops with The Business Growth Hub, Google & Enterprise Nation. It’s our mission to help business ‘grow online‘.

We were selected in 2017 as one of UK 30 Google Partner agencies to attend Google’s elite coaching programme ‘Elevator‘ and one of a select cohort of agencies with high growth potential to take part in the Business Growth Hub’s Greater Connected programme.

For some top notch quality marketing, without all the mystery, talk to us today! 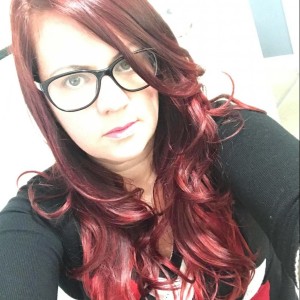